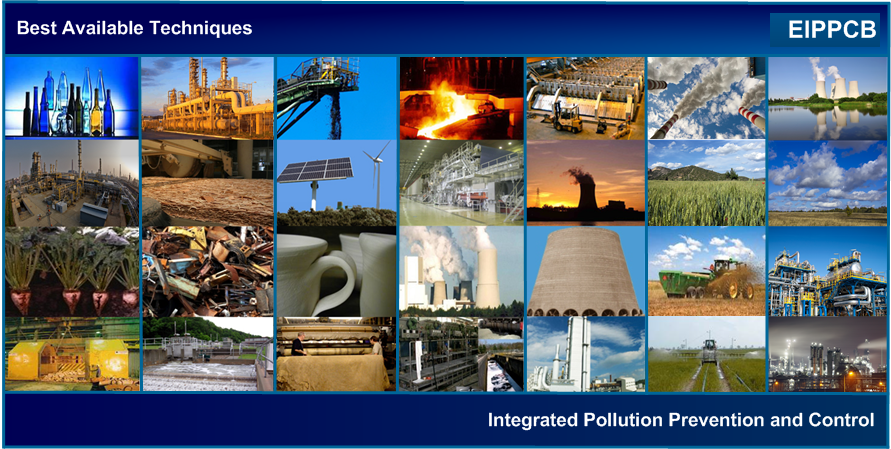 The European Integrated Pollution Prevention and Control (IPPC) Bureau (EIPPCB) was set up in 1997 to organise an exchange of information between Member States, industry and non-governmental organisations promoting environmental protection on Best Available Techniques (BAT), associated monitoring and developments in them. With the entry into force of the Industrial Emissions Directive (IED, 2010/75/EU), the EIPPCB organises and coordinates the exchange of information that leads to the drawing up and review of BAT reference documents according to the dispositions of the Guidance document on the exchange of information (Commission Implementing Decision 2012/119/EU). The European IPPC Bureau is an output oriented team which produces reference documents on Best Available Techniques, called BREFs. BREFs are the main reference documents used by competent authorities in Member States when issuing operating permits for the installations that represent a significant pollution potential in Europe. There are about 50000 of these installations in Europe. In the international context, the European information exchange on best available techniques is considered to be an EU contribution to the global process initiated in 2002 at the World Summit on Sustainable Development so that non-EU countries can also reap the benefits of this ambitious work.

The European IPPC Bureau exists to catalyse an exchange of information between Member States and the industries concerned on Best Available Techniques (BAT), as required by Article 13(1) of the Industrial Emissions Directive (IED, 2010/75/EU). The IED is a major environmental legislation which regulates around 50000 installations in the EU dealing with a wide range of industrial and agricultural activities.

The Commission's guidance on the practical arrangements for the exchange of information under the Industrial Emissions Directive (IED, 2010/75/EU), including the collection of data, the drawing up of BAT reference documents (BREFs) and their quality assurance' as required by Article 13(3)(c) and (d) of the Directive can be found in the Official Journal of the European Union.